Last month Google launched latest flagship Nexus 6 phablet made by Motorola and it becomes popular in US as goes out of stocks. Google is also preparing to bring the handset to several more markets in the near future. 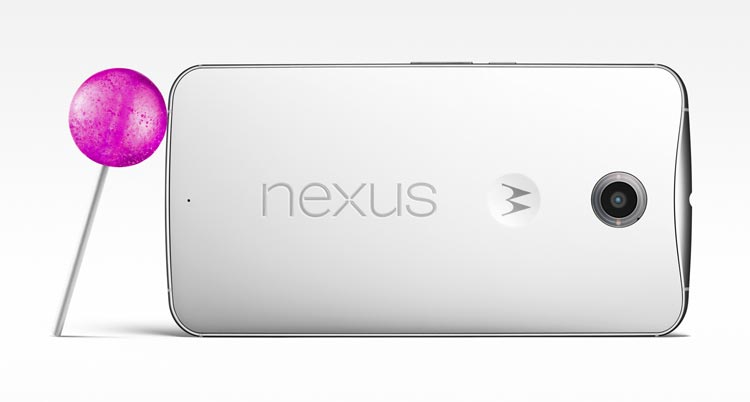 After launching, Motorola soon revealed that the smartphone would roll out in 28 countries, including India starting later this year. As Flipkart is the authorized reseller of Motorola smartphones in India may be Nexus 6 also available through them. Nexus 6 is already listed on Flipkart without price tag. Now the smartphone has appeared on Google Play Store in India that reveals the pricing of the device. 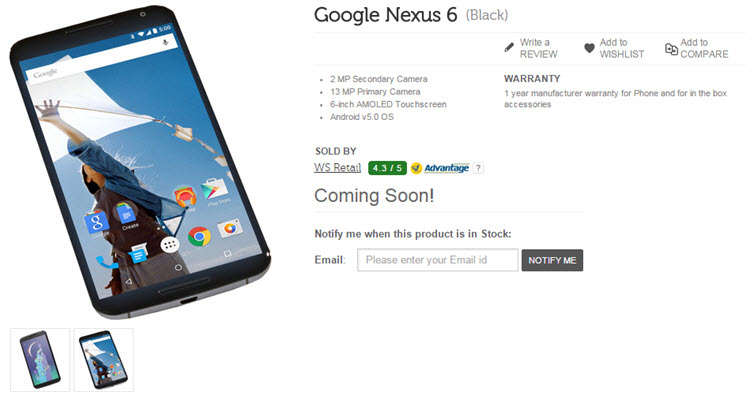 It’s clear from the Google Play listing page that Nexus 6 will be available in the Midnight Blue and Cloud White colors in India. The pricing details of 32GB and 64GB are respectively Rs. 44,000 and 49,000. The listing says coming soon, and it is expected to go on sale in several countries in coming month starting from December.