Today, Google launched the first Android One smartphones at a press event in New Delhi with hardware partners Micromax, Karbonn, Spice and chipmaker MediaTek. The smartphones launched are called Micromax Canvas A1, Spice Dream UNO, and the Karbonn Sparkle V.

The Android One will be available on Amazon India, Flipkart and Snapdeal respectively, and all three are priced at Rs 6,399. All three smartphones sports the same specifications. The smartphones are powered by a 4.5-inch FWVGA (854×480 pixels) display and powered by a 1.3GHz MediaTek quad-core processor paired with 1GB of RAM. The Android One smartphones also include a 5-megapixel rear camera, 2-megapixel front-facing camera, 4GB of internal storage, microSD card slot, FM Radio, and a 1,700mAh battery. 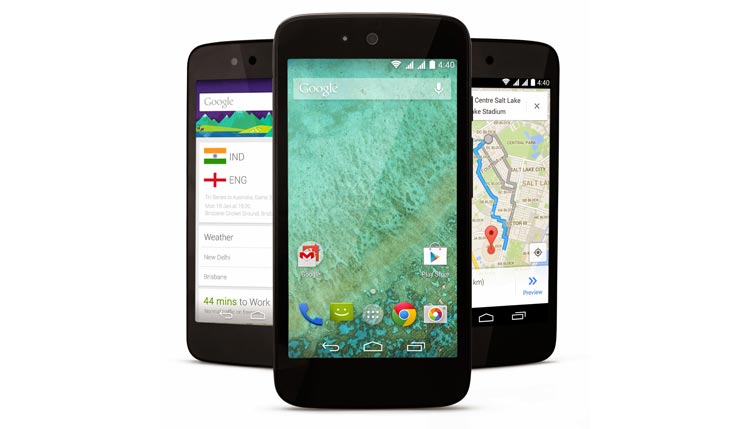 The smartphones are powered by Android 4.4.4 and will be getting the Android L update within days of being released. The smartphones also features dual-SIM card slots, 3G connectivity, Wi-Fi, Bluetooth. Not only that Google also promised that Android One users will receives automatic Android updates for up to 2 years.

Google has also partnered Airtel to offer buyers with special data plans. These plans include Android updates up to 100MB per month and app downloads up to 200MB per month for 6 months.