All you know that it’s almost 9 months past since Android 4.0 Ice Cream Sandwich was released, the updating process on most high-end and mid-range devices has been extremely slow. But good news for users of HTC One X and One S as HTC has confirmed it’ll update its flagship smartphones including One X, S and XL to the latest Android 4.1 Jelly Bean. The company, however, has not revealed tentative availability for the update yet. 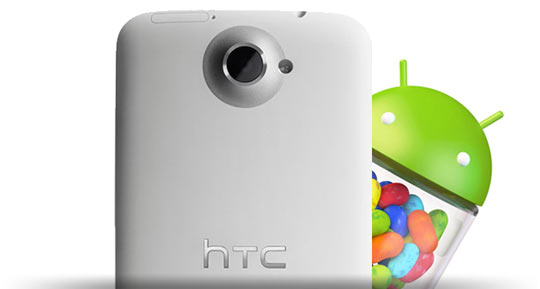 According to the global online communications manager Jeff Gordon of HTC, “We know HTC fans are excited to get their hands on Google’s latest version of Android. At this point in time, we can confirm that we have plans to upgrade our HTC One X, HTC One XL and HTC One S to Jelly Bean. Please stay tuned for more updates regarding device upgrades, timing and other details about HTC and Jelly Bean.”

Both of these HTC phones might be among the first HTC devices to get updated to the newest version of Android, 4.1 Jelly Bean.

According to Engadget news, HTC is not only planning to update the global versions of the One X, One XL and One S “soon”, but also the carrier-branded models over at AT&T, T-Mobile and Rogers Canada.

Moreover, HTC has provided a specific list of devices they plan to update with Android 4.1 Jelly Bean, although they did mention it will be coming to a variety of their current devices. We think, this only makes sense it will land on their flagship One series lineup first.