Apple launched the next generation iPad Mini 3 with iPad Air 2 at an event in the U.S the day before. Apple has also revealed the prices of the iPad Mini 3 variants for Indian consumers. 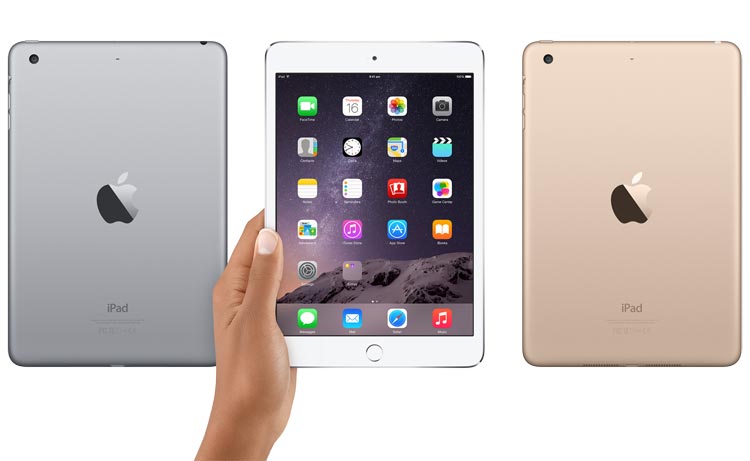 As far as specification concern, the iPad Mini 3 has the same 7.9-inch LED-backlit widescreen Multi-Touch display with IPS technology. The device is powered by A7 chip with 64-bit architecture and M7 motion coprocessor, Touch ID fingerprint sensor built into the Home button and is little bit thicker than iPad Air 2. It also has a 5 MP iSight auto focus rear camera with f/2.4 aperture and 1.2MP front camera with f/2.2 aperture and has all new iOS 8 operating system.

Availability in Croatia, Greece, Puerto Rico, Russia, Turkey, United Arab Emirates, and “elsewhere around the world”, will continue through the end of October with additional global availability in the coming months, Apple said.

While Apple has not officially revealed the availability details in India yet, but the price has already been announced hints that India will be one of the markets ‘elsewhere around the world’ to get it within this month or in starting next month.