Samsung launched the Galaxy Note 4 in India, company’s flagship device packed with a 2K display, 16MP camera with OIS and the latest and fastest processors. 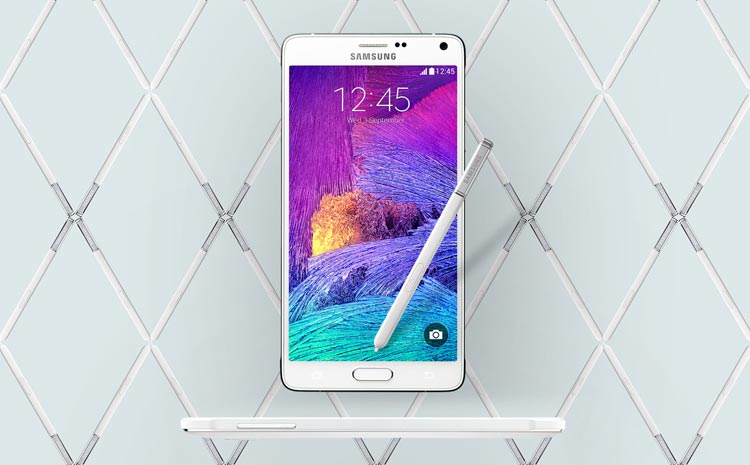 It has a was revealed at IFA last month and features a 5.7-inch 1440 x 2560 pixels QHD Super AMOLED display with pixel density 550ppi, is powered by Android 4.4 KitKat (with TouchWiz UI) backed by 2.7GHz Snapdragon 805 processor, 3GB RAM, 32GB internal memory (further expandable up to 64GB), 16.0-megapixel camera with auto-focus and smart OIS (Optimized Image Stabilization), a 3.7-megapixel snapper on the front and a 3,220 mAh battery with Ultra Power Saving Mode. It has a new back cover and a metal frame.

The Samsung Galaxy Note 4 will be available in frost white, charcoal black, bronze gold and blossom pink colors and is priced at Rs. 58,300. As part of its introductory offer, Vodafone is offering up to 2GB of data per month for subscribers who are not active on data packs. Subscribers with active data packs will get up to 1GB per month for two months. Samsung Galaxy Note 4 will be available in India starting from October 17th.