BlackBerry today launched company’s latest smartphone BlackBerry Passport in India. As the name suggests, smartphone has the shape and size of a real passport. According to the company, it is ideally designed for enterprise users on the move. 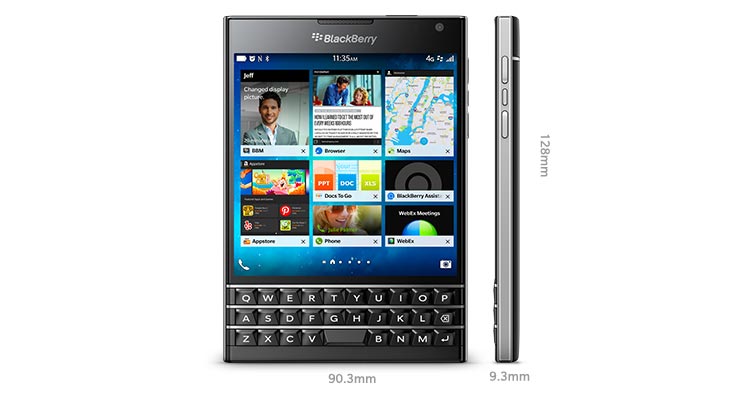 The smartphone is powered by a 2.2GHz Qualcomm Snapdragon 801 quad-core processor coupled with Adreno 330 GPU, 450MHz GPU and 3GB of RAM. The device has 32GB internal storage, microSD card support located under back cover up to 128GB, 13-megapixel rear camera with optical image stabilization, 2-megapixel front-facing camera, and a 3,450mAh integrated non-removable battery, which the company claims is good enough to last up to 30 hours on a single charge.

BlackBerry Passport also includes LTE support, Wi-Fi, Bluetooth and GPS. The Passport runs on BB 10 operating system on the front side. This new OS brings in a flatter UI, a virtual assistant called BlackBerry Assistant, and a feature called BlackBerry Blend. This feature essentially lets users access one’s emails, BBM texts, and other notifications from a BlackBerry device on Macs, PCs, Android tablets, and iPads. The company has also preloaded the Amazon Appstore for all the Android app needs while the Blackberry World app store will focus on enterprise apps.

BlackBerry Passport will be available for pre-orders on Amazon India and at BlackBerry’s retail stores starting today till October 10. Consumers who pre-order the phone will get an Amazon India voucher worth Rs 5,000 and 5000 Jet privilege miles.