Finally Blackberry introduced BBM for Windows Phone Beta and now available for download on the Windows Phone Store for those who have applied for beta testing. 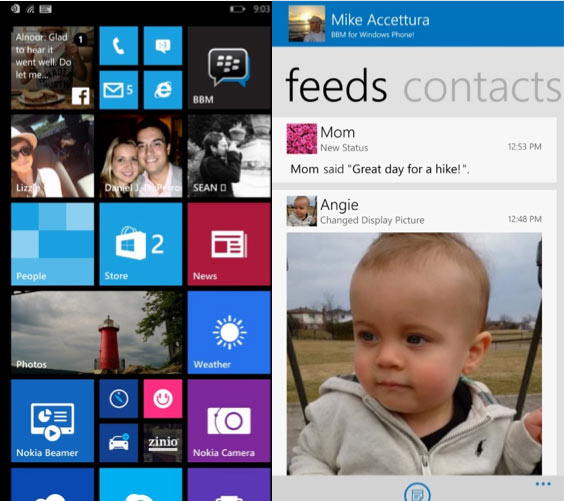 This beta app feature all basic BBM features such as Feeds, Contacts and Chat. Users can engage in BBM Chats with one or many contacts, with the ability to share pictures, voice notes, contacts and location. Blackberry announced that they working to quickly add more features to BBM for Windows Phone such as stickers, BBM Voice, BBM Channels and location sharing powered by Glympse in the months ahead.

It must be noted that the app can be downloaded only by those who successfully registered for the Beta Program. BBM for Windows Phone will have a similar user interface as its counterparts from iOS and Android along with some elements from the Microsoft’s Windows Phone OS.

Those who successfully registered for the Beta Program can download BBM beta from the Windows Phone Store here.