When Gionee launch Elife S5.5, you thought that it was the thinnest smartphone, named after its 5.55mm body. But China has certified an upcoming Gionee GN9005 Android handset from the company, that reportedly measures 5mm (0.2in) thick. 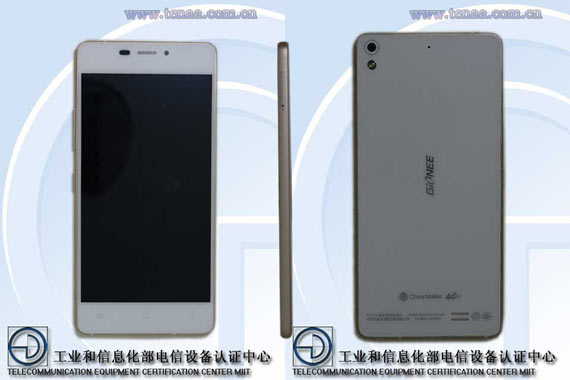 The Gionee GN9005 spots a 4.8 inch AMOLED display with resolution of 720 x 1280. A slower quad-core 1.2 GHz CPU is under the hood with 1GB of RAM inside. There is on board 16GB of native storage. 8-megapixel rear camera and 5-megapixel front shooter won’t impress, and a 2050mAh battery powers up the device. Android 4.3 is pre-installed, out of the box.

The phone has been certified by China’s version of the FCC, TENNA, and appears headed for China Mobile. That explains the TD-LTE connectivity on the handset. The price of the smartphone yet not revealed, but with the TENNA certification behind it, the phone could be released sooner rather than later.