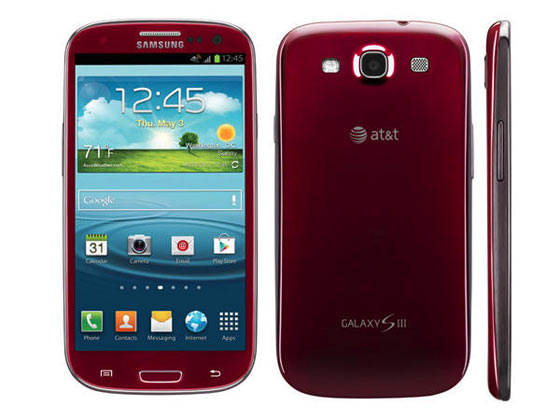 It runs on Android 4.0 (Ice Cream Sandwich) and features 8MP Rear-facing camera and 1.9MP Front-facing camera. It comes with 16 GB internal memory and has expandable memory up to 32GB with microSD and 2100 mAh battery.

Customers who like the Garnet Red Galaxy S III can pre-order from July 15 from the official page of AT&T website or customers can also booked it from AT&T company owned retail stores. It will arrive for the public on July 29 to AT&T company-owned retail store for sale.