Google Nexus 6 already listed on Flipkart and now they have a dedicated landing page for the new Nexus 6. According to the landing page it shows 1 Day to go for the Nexus 6 which means the Nexus 6 will be available for purchase starting from tomorrow. 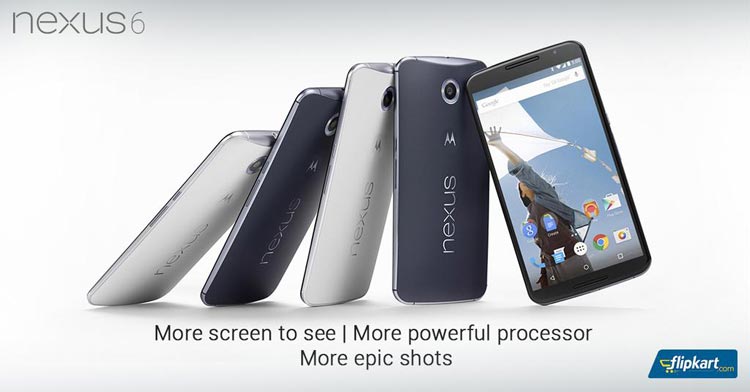 This is actually not clear that the device will be available starting from tomorrow or they will apply same pre-booking pattern like the Xiaomi smartphones. They also teased “More powerful and more epic! The #Nexus6 is coming your way soon” via official twitter handler.

The Google Nexus 6 smartphone also got priced on the Google Play Store earlier but still coming soon found on it. According to reports, it goes on sale on Flipkart or Google Play in India tomorrow or today midnight.

If you want to get Nexus 6 before it goes out of stock, visit here at today midnight.