Xiaomi announced Xiaomi Mi4 officially, successor of the Mi 3 that was unveiled last year. Later it was leaked and found on a online store for pre-order. 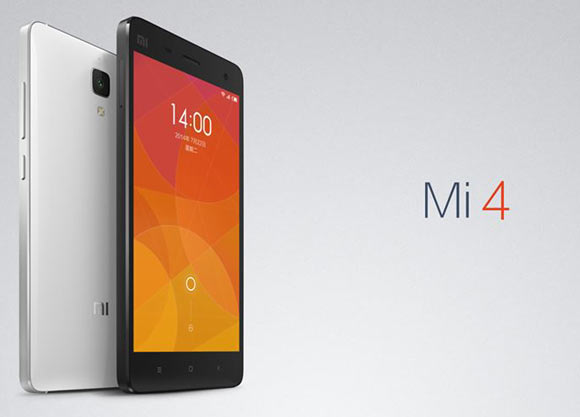 The Xiaomi Mi 4, which has been unveiled on the Xiaomi Facebook page, is the new flagship handset of the company. The spec list is pretty impressive with a Snapdragon 801 processor running at 2.5GHz with Adreno 330 GPU being backed by a whopping 3GB of LP-DDR3 RAM. And speed is even guaranteed on the storage which uses eMMC 5.0 whether you choose the 16GB version or up to the 64GB model. It runs on MIUI v6 on top of Android.

The screen is a 5-inch 1080p display made by Sharp. While the rear camera is 13-megapixels with Sony BSI sensor and the impressive 8-megapixel CMOS camera from Sony on the front. There’s also a 3,080mAh battery so getting all day use shouldn’t be a problem. It has a stainless steel frame which looks like iPhone.