LG G3 is available for pre-order in India from online retailer Infibeam starting at Rs. 46,990 for the 16GB version and The 32GB variant at Rs. 49,990. According to the Infibeam listing page, these are expected to be the Maximum Offering Price of the LG G3 smartphones and the MRP would be Rs. 49,990 and Rs. 54,990, respectively.

The LG G3 was announced back in May and comes with a 5.5-inch (2560 x 1440 pixels) Quad HD display, powered by a 2.5 GHz quad-core Qualcomm Snapdragon 801 processor and runs on Android 4.4 (KitKat) with new flat UI. It has a 13-megapixel rear camera with dual tone LED flashes and a new Laser AF for fast focus, even in low light conditions and a 2.1-megapixel front-facing camera. Also keep in mind that LG G2 comes with non removable battery where as in LG G3 you can change battery. 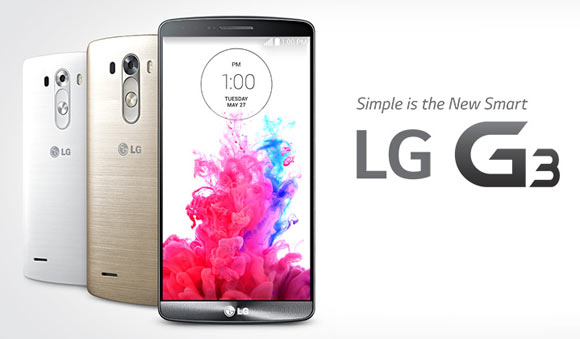 The LG G3 is expected to ship on July 25th, so it is expected to launch at the same time. If you want to book your LG G3 than visit the respective link to book online on Infibeam for LG G3 16 GB and LG G3 32 GB.