At first glance, except slightly thinner body and slightly larger 5-inch screen, Galaxy S 4 sports a very similar look and feel to its predecessor. The handset is made entirely of polycarbonate, and will be available in two options: black mist and white frost. 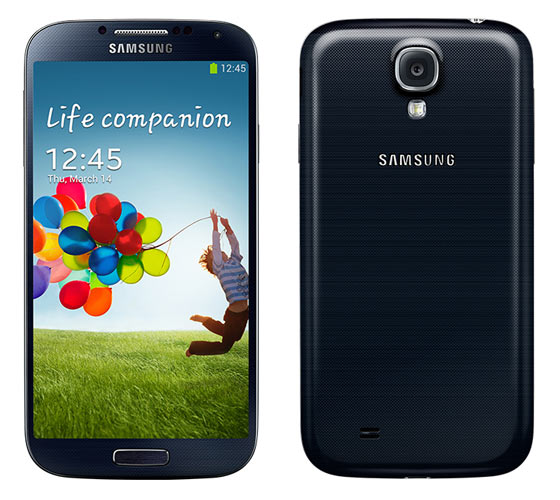 The phone has an updated 1080p Super AMOLED screen which offers a pixel density of 441 ppi and the ability to use your gloves at the same time. Depending on the region you’re in, you’ll get a 1.9Ghz quad-core Qualcomm processor or a 1.6 Exynos Octa-core chip processor under the hood as well as 2GB of RAM. Refreshingly, it will also come with Android 4.2.2 Jelly Bean on-board when it launches.

An IR-blaster built into the phone allows it to replace your television’s remote control. Samsung’s WatchOn software works as a virtual TV Guide of sorts to enhance that experience.

Galaxy S 4 Dual Camera – See both side of the story

The Galaxy S4 sports a 13-megapixel BSI main camera with f/2.2 aperture and auto focus and a single LED flash bulges slightly on the back, promising to capture a stunning amount of details. And here is another area where Samsung brings its software magic. Again, we have a bunch of new little camera features. Dual shot for once allows you to simultaneously record footage on your rear and front cameras, while Cinema Photo basically makes a GIF for you and Story Album stitches all footage and stills into an album. 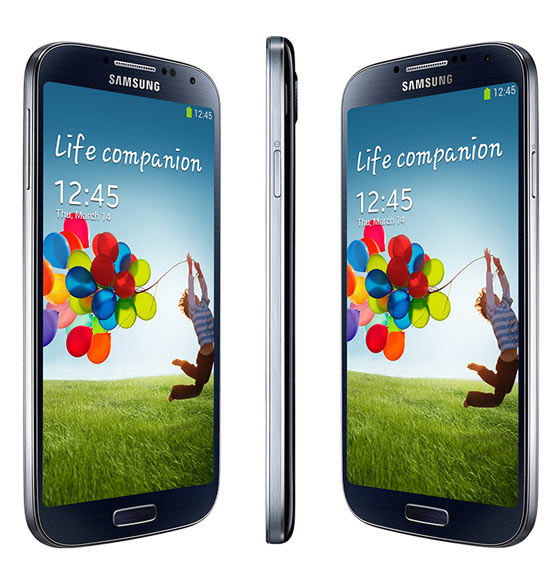 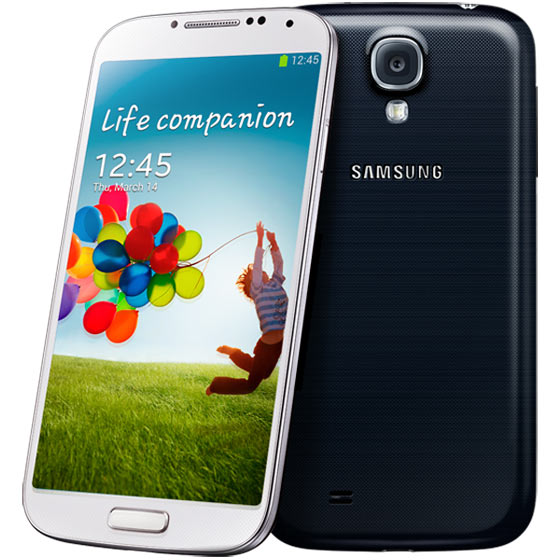 A 2,600mAh battery powers the handset, and while Samsung didn’t specify at the event what that 2,600mAh would get you, it did say that it was constantly working on software tweaks to ensure you get the most out of that battery.

No pricing has been set, and according to rumors the phone will be released globally starting at the end of April.