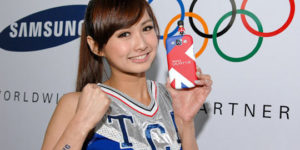 Samsung has launched a special Olympics Edition of the GALAXY S III in Taiwan to celebrate the 2012 Olympics set to take place in London, who is the official sponsor of London 2012 Summer Olympic Games. The package contains three smartphone standards with figurines of Olympic cyclists, weightlifters, and a Tae Kwon Do practitioner. Galaxy … Read more