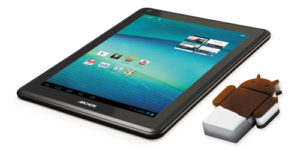 After the launch of Google Nexus 7, tablet war starts in Android manufacturers to make a competing product. Archos 97 Carbon Android 4.0 Tablet announced by Archos for $250 to enter in the tablet war. Zync has also announced the Android 4.0 tablet before few days, so from this war users will get direct benefits … Read more